Statistically speaking, it was not quite as cold as , but snow fell in larger quantities, the east wind blew harder and stronger, and sunshine was a severely-rationed commodity. The biggest freeze? Cars and buses struggle to negotiate Trafalgar Square in January of It was therefore a very disruptive winter, especially when one recalls the shortages and the industrial unrest which plagued the post-war Labour administration.

Indeed, fuel shortages had been a serious problem before the wintry weather set in, so the disruption of road, rail and sea transport caused by the deep snow, the frozen-up coal depots and iced-over harbours exacerbated the situation. Power stations found themselves unable to meet demand, large parts of the country suffered daily power cuts, factories were forced to shut-down, and over four million men found themselves on the dole. Winter test: A bus abandoned in a snow drift on the main Poole-Dorchester road near Bryantspuddle in January Travel misery: A Central Line underground train entering Epping Station, during heavy snowfall at the height of 's big freeze.

Moreover, the very idea of Parliament and Buckingham Palace working by candlelight twenty months after winning a war was humiliating. Farmers were badly hit: cereal and potato crops dropped by 10 to 20 per cent compared with and , almost 25 per cent of the country's sheep were lost and it took six years for the numbers of livestock to recover. Nor was it all over when the thaw arrived in mid-March.

It was a thaw brought about by a rapid rise in temperature accompanied by prolonged heavy rain — overall March was wettest in almost years — and the consequent floods were arguably the worst to occur inland in the UK in recorded history. The Thames Valley, the Midlands, and Yorkshire were particularly badly hit. And to add insult to injury, a violent gale swept the southern half of the country on March 16 causing extensive structural damage. Cold comfort: A man walking on a frozen stretch of the river Thames in west London. And you think this is cold Share this article Share.

Share or comment on this article: And you think this is cold More top stories. Bing Site Web Enter search term: Search. Hollyoaks star, 37, and husband David O'Mahony are expecting first child Gangland killings, family honour, illicit affairs Singer plants a kiss on wife on romantic picnic in LA park Today's headlines Most Read 'It felt like Tinkerbell had released her': Vinnie Jones tears up as he bravely recalls moment his beloved Or do you love a baby on a plane, too?

Paedophile singer Gary Glitter 'could make a fortune' from the Joker while in jail after movie bosses used Why every midlife woman must watch their money when they fall in love: Ask his salary on the first date, Eco zealots' blueprint for mayhem: Extinction Rebellion activists bed down in central London as they prepare Grieving mother of public schoolboy Yousef Makki who was knifed in the heart blasts the teen killer's Mixed race couple vilified by racists after they appeared in Lidl ads in Ireland flee their home to start Veteran broadcaster John Humphrys, 76, says the BBC is sympathetic on transgender issues and believes 'there Billy Connolly, 76, reveals he can no longer share a bed with wife Pamela Stephenson as his Parkinson's Boris Johnson could take fight for a no deal Brexit to the Supreme Court and seek judges ruling to avoid Boris Johnson will 'sabotage' the EU by vetoing its budget and causing diplomatic havoc if Brussels forces Emmanuel Macron tells Boris Johnson he has until the end of the week to present revised Brexit proposal to Labour is planning for an election 'this side of Christmas': Sami Chakrabarti says Jeremy Corbyn will back a Is there any romance in this book?

Rating details. Sort order. First off, I'm so in love with the cover of this book I can't hardly stand myself! I'm going to leave the book review at 3 stars for now, but will probably read it again when the book is released. I loved the story line. I loved Lira and Reyker as well as a few more side characters in the book. I just felt like there was something missing or too much of one thing.

The thing is, the story felt like it was going in a loop.


I wanted Lira, Reyker and a few others to get off the island and continue on with what they need to do. They just continued to get into trouble, get caught, get away, sneak around, get caught, get into trouble Now even though people wandered around and things and people were killed here and there; there is still a great story there, in my opinion. Lira and Reyker are linked together for reasons and I'm hoping there is going to be a big ole otherworldly romance at some point. View all 9 comments.

Aug 12, C. Drews rated it really liked it Shelves: epic-fantasy , read , young-adult , 4-star. I have just read a fantasy of badass and most brutally epic proportions.


And I must say, I am a fan. Beasts of the Frozen Sun is every bit as epic as its cover and it had complex world building, characters to fall in love with, and brutal wars between monstrous men. I like my fantasies from the dark side and this definitely delivered there.

It was so immersive too. When I finished, it felt like coming up for air because I was so deeply into it.

Which, I mean, shout out to it catering specifically for my epic fantasy needs. There are some tropes that just make my heart flutter and this ticked off so many of them. Such as I really liked this!!!! Be still my beating heart. I just had such a good time with all of this. I definitely got Scottish vibes from it, with the clans and weapon styles and some the language. So that was fantastic. There is also a lot of god lore that's pertinent to the plot. Our heroine, Lira, is "god-gifted". This is a rare thing and only happens to usually one woman per clan. She's a daughter of Aillira and can read souls and determine truths.

Her father, also the clan-leader, basically "uses" her as a lie-detector but she's 17 and has the choice to go study in the temple or get married. But what if there was a third choice? It's intense and seriously SO much is packed in it will leave you a bit exhausted. I was really grateful for the brief moments when they got to pause and, like, snuggle. Reyker goes through hell and back, he truly does lol sob, my poor boy. It's bloody and heartbreaking; it's about people who refuse to let go of hope and each other.

SO SO love them. This is superb. I ship them so hard. They're star-crossed lovers for sure and everything conspires to keep them apart. Reyker is the beast, the boy who nearly drowns and is saved by Lira even though she know she shouldn't help the enemy.

She fights off death for him, she teaches him her language, she holds him when the rest of the world has declared him fit only as an animal to be put to death. Lira hates being used and caged. She hates being property by her horrible uncle and father, men pitted in darkness while ruling their clan, and she refuses to believe Reyker isn't worth saving.

And she is so frikking powerful. Gah, I loved that.


View 2 comments. ARC provided by the publisher via Edelweiss in exchange for an honest review. The premise is enemies-to-lovers so if you enjoy that trope you'll certainly like this one.

It follows the struggle of war between two clans and also inserts supernatural deities that complicate the lives of the protagonists. Lira is a Daughter of Aillira, women who possess certain magical abilities, while Reyker does not have magic but its connected to it through Lira. They meet in unfortunate circumstances but they create a bond that develops from hate to trust and then finally attraction and love.

I enjoyed the character's development and I really liked Lira and Reyker's relationship.

It was slow burning, swoon-worthy and filled with consent and respect. I can't say much more without being spoiler-ish. You might like this book if you enjoy star crossed lovers, angst and politics, war, fantasy, and romance. TW: Death, Abuse, Mention of rape. A historical setting with clans, warriors, forbidden love, God gifted women with unique powers, and an epic battle for freedom? Sounded like a grand adventure. 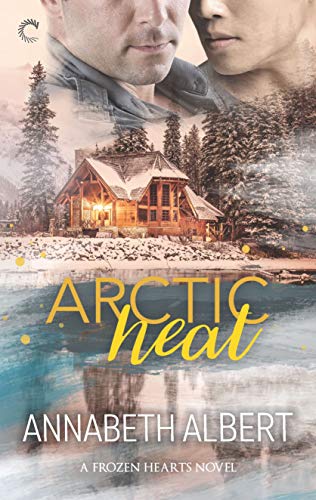 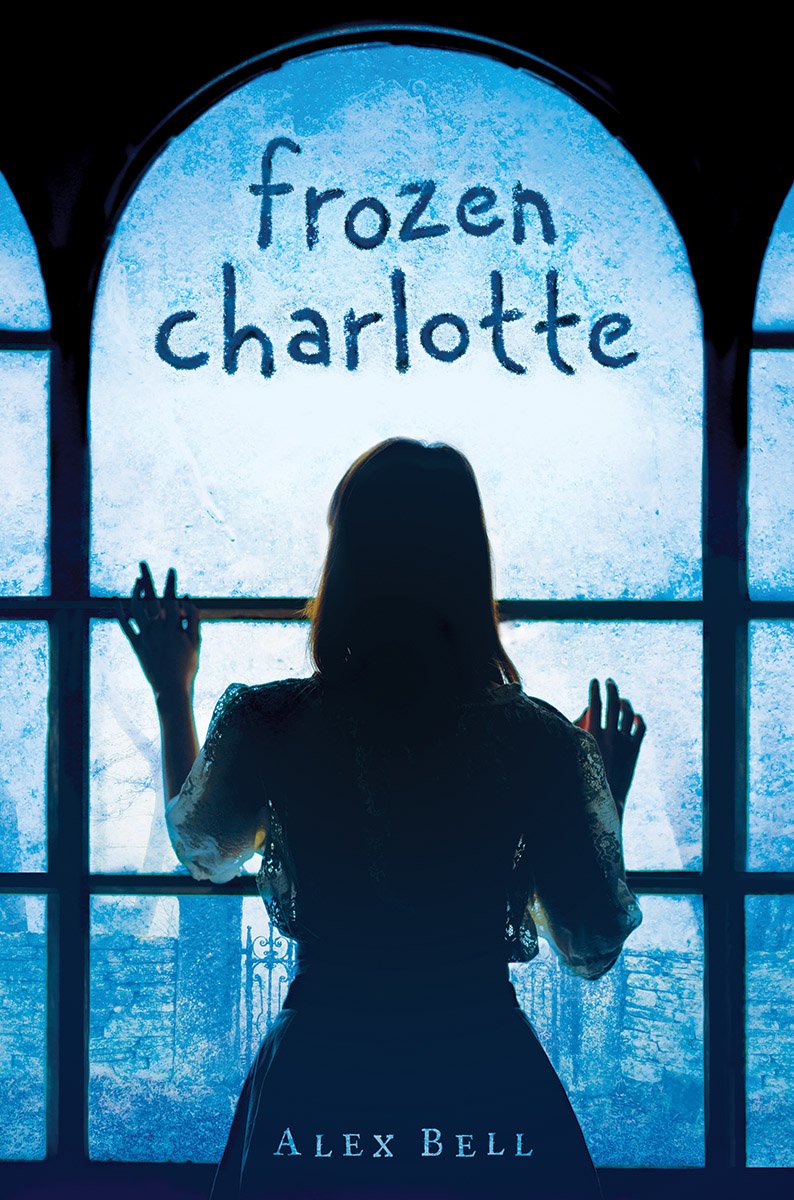 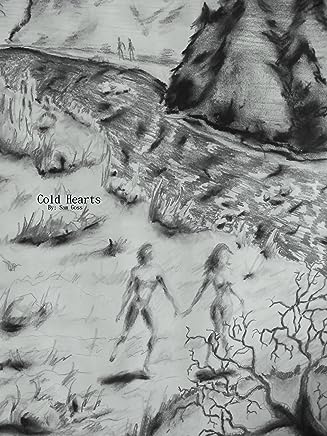 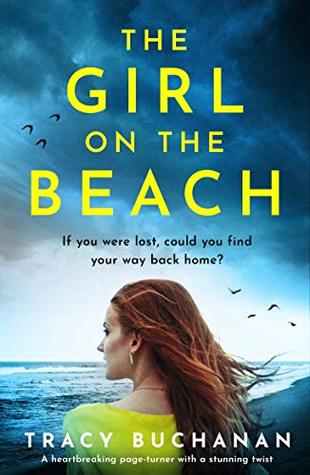